The Utoolity team is pleased to present Tasks for AWS 2.21 – this release adds an IAM role for EC2/ECS credentials provider and introduces namespace and scope handling for generated Bamboo variables.

You can now provide AWS security credentials via an IAM role for EC2/ECS when you run your Atlassian products on Amazon EC2, Amazon ECS, or AWS Fargate, and you can adjust the namespace and scope of generated Bamboo variables.

Provide AWS security credentials via an IAM role for EC2/ECS 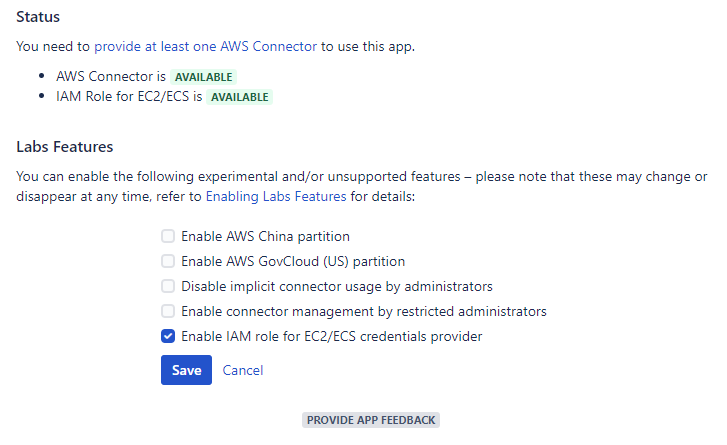 Similar to the Inject Bamboo variables task that has been included with Bamboo as of release 6.7, you can now specify the namespace and scope for Bamboo variables generated by all applicable AWS tasks to enable more flexible build orchestration. You can now pass a variable between stages, pass a variable from a plan to a deployment project, and you can use multiple tasks within the same job without overriding variables from preceding tasks by adjusting the namespace. The tasks default to the preceding behavior with local scope and a custom.aws namespace so that this remains an opt-in choice for advanced use cases. 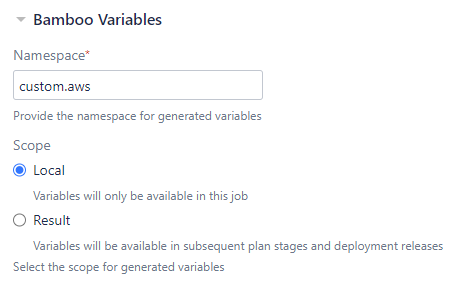 For more details about this release, please refer to the Tasks for AWS 2.21 Release Notes.